Winner of the Bewitching Book Tour is...

The Bewitching Book Tour for Marked has ended.

Thanks to all of you who participated in my tour. Thanks to the amazing bloggers who featured my book and myself on their sites. And a special thanks to Roxanne over at Bewitching Book Tours for setting this all up.

It was nice to meet so many people through the tour.

The winner of the $30 Amazon gift card is Stephanie L.

Congrats, Stephanie. I hope you enjoy it.

Wishing everyone a happy New Year. Here's to 2021 being a great year filled with health, happiness, and lots of love. 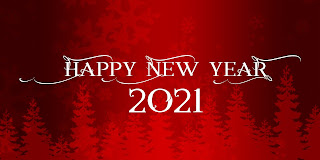 There is a Bewitching Virtual Book Tour happening starting today until December 28th for my YA Paranormal Romance novella Marked.

Here are all the dates and blog spots for it. I hope you will visit these great blogger sites and participate for a chance to win the $30 Amazon gift card giveaway.

Cover Reveal: Keep the Light On

Here is the beautiful cover Nicholas Mallet created for my upcoming book Keep the Light On, which is Book 11 of the SPOOKS series. 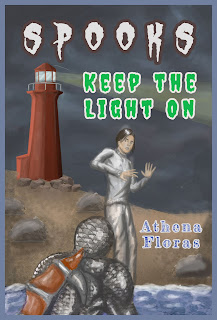 Being Creative and a Peek at "Beware of Dancing Shadows"

I hope you are all enjoying the weekend and doing something relaxing and fun. It's the perfect way to re-energize.

Now that autumn is near, I'm keeping busy writing. I don't know why but the fall season always inspires my creativity. Maybe it's the cooler temperatures or the colourful leaves, or perhaps it's because Halloween, my favourite time of year, is soon approaching.

Whatever the reason, I've been spending a lot of time obsessing about my creativity. It's so much fun and the perfect stress reliever. I prefer to keep my mind occupied with my stories and characters than watching the news and feeling sad, anxious, and nervous. Writing and reading have always been my oasis and they always will.

I'm having so much fun thinking of more plots and characters I can incorporate into my stories. I'm working on the next book in the SPOOKS series, as well as the next Mystic Bayou book.

But I just wanted to share with you a sample chapter of the tenth book in the SPOOKS series that is now available at Amazon. 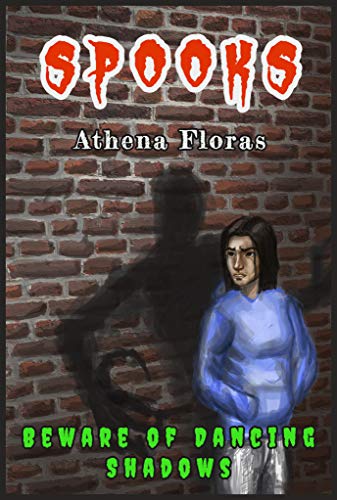 Ciara Marina has a lot on her mind. She’s been struggling to pay her mounting debt while trying to go to college full-time. Her money woes are constantly weighing on her mind and making it hard to concentrate on school. She doesn’t want to ask her big brother for financial help because she knows he’ll nag her to go live with him. She wants her freedom and independence. But when their landlord threatens to evict Ciara and her roommate, Thea Martin, if they don’t pay the past due rent by Monday, Ciara fears she’ll have no choice but to ask her brother to bail her out.

Just when things are at their bleakest, a ray of hope appears. Her name is Madeleine Djinni and she is willing to pay off all their debts if she can move into the apartment with Thea and Ciara. The girls quickly agree, but soon learn to regret their decision. Because there is something strange about Madeleine and her creepy shadow that never seems to stay still.

Ciara and Thea begin to do some sleuthing when they realize Madeleine isn’t who she pretends to be. What they uncover is disturbing. Madeleine is on a mission. She will do anything and everything to get the job done. Even if it means putting her new roommates’ lives in danger.

Ciara Marina pounded her open palm on her forehead. The agonizing pain was too much.

Fearing that if she opened her eyes, the spinning scenery would make her fall, she leaned on the wall and waited. Once she’d take her medication, its effect would soon kick in and she’d be able to relax.

The pain had started to seed itself into her brain right after she’d gotten to work this morning. Unfortunately, she had forgotten to bring her medication. So, for the next three hours she had to endure the disabling effects while struggling to concentrate on doing her work at the library and studying for the upcoming chemistry exam she had tomorrow morning.

Her throbbing brain weighed in a dense haze. Everything she’d tried to memorize during her break at work had somehow disappeared into a void at the back of her mind.

There was still so much she had to cover for the exam. She’d studied all night the day before and yet had touched only a small margin of the material. Lack of sleep was probably the reason why she felt the way she did now.

She should have known better. Studying for so long without any sleep would have its repercussions. She was prone to migraines ever since she was sixteen. So, the probability one would spring on her suddenly after a sleepless night was high. And yet she didn’t take the precaution of ingesting the pill with her breakfast this morning before she left the apartment.

She sighed profoundly. What was done was done. No use in fretting about it now. It would only make her migraine last longer. She needed to take her pill as soon as possible, roll down the blind in her room, put an ice pack on her forehead, and lie down for an hour or two until the migraine subsided. If she were to doze off in the interim, all the better. She’d be refreshed after it and be able to study once again.

Slowly opening her eyes, she noted the stars circling her surroundings. She wasn’t alarmed. It was one of the symptoms she’d learned to anticipate.

Trying to ignore the psychedelic activity unfolding before her eyes, she struggled to insert the key in the lock.

It took her several attempts before she successfully got the door open.

As she pushed it, her faltering gaze fixed on an ominous shadow that seemed to float from the antique oil lamp on the shelf in the living room down and across the area rug to a complete stranger who sat in the blue leather armchair.

The woman appeared to be around nineteen, the same age as Ciara. She wore a simple, hip-hugging, knee length black dress and black glittery ballerina shoes. Her bold, dark makeup made her vibrant green eyes stand out and her wavy, wild red hair and bright crimson lipstick were more than eye catching. They reflected a loud statement. She obviously wanted to be seen.

Yes, indeed, this unknown woman could not be ignored. She caught and kept Ciara’s undivided attention for several minutes. Ciara would have continued to gawk if it were not for the woman’s salutation, which broke the spell.

“Hi there,” the lady stated with a beaming smile and a wave.

Her brain was not functioning correctly. Why on earth would this not be her place?

The number on the door read 317. Her key fit in the keyhole. The furnishings and décor in the living room were the same as in her apartment.

The only thing that didn’t fit was the unrecognizable woman sitting in the armchair.

“She must be one of Thea’s friends,” she mumbled to herself. Thea Martin was her roommate and best friend. They’d met in history class a year ago. When Thea had found a vacant three-bedroom apartment to rent next to the college, she’d asked Ciara if she wanted to become her roommate, along with Anna Waite another of Thea’s friends. They could share the rent, utility and food expenses.

The deal was too good to refuse, so Thea and Ciara had been roommates ever since. Anna had lived with them for several months until she had to move out because of financial and academic problems.

It took Ciara all this time and effort to come to the obvious conclusion that Thea was entertaining. Her slow thinking was definitely caused by her migraine. It was apparently a lot worse than she had thought. That’s what happened when she waited too long to take her medication.

Realizing the longer she waited to take her pill, the longer and more intense the migraine would be, Ciara opened the door once more with a slumping posture.

The lady in black hadn’t changed position. Her eyes were fixed on Ciara. She waved again at Ciara and offered her the same brilliant smile.

“Hi, you must be Ciara,” she said cordially.

“Yeah, and who are you?” Ciara asked in contrast, being quite rude.

In her condition being civil or friendly took too much effort and energy she didn’t have.

The girl sprang to her feet making the armchair rock back and forth. She waltzed up to Ciara and extended her hand. “I’m Madeleine Djinni, your new roommate.”

Ciara’s ears popped. Did she hear correctly or was her faulty hearing a new symptom of her ailment?

Madeleine’s voice acted like a razor-sharp needle bursting a balloon. It felt like it busted Ciara’s eardrum. Waves of throbbing pain flooded over her.

She closed her eyes and took a step back. Then repeated what Madeleine had just said. “You’re my new roommate.” When she reopened her eyes, Madeleine was still in her face nodding creepily.

Ciara took note that the charcoal eye shadow Madeleine had applied was caking in the fold of her eyelids.

Madeleine gestured toward the hallway. “In the kitchen cooking.”

“Thanks.” Ciara marched to the far back of the apartment. The audacity. How dare Thea offer Anna’s old room to Madeleine without first checking with Ciara first?

She rolled up her sleeves. She had a bone to pick with her soon to be ex-friend.

Available at Amazon and Kindle Unlimited

Winner of the Bewitching Book Tour is...

The Bewitching Book Tour for Marked has ended. Thanks to all of you who participated in my tour. Thanks to the amazing bloggers who feature...

Athena Floras
I'm an author, wife and proud mother of three who loves to read and write suspenseful and romantic stories. When I'm not busy being a mom, I spend my time in my den, totally immersing myself into the whimsical, fantastical world of fiction.